The Western circuit not well know by many provides a magificent glimpse of Tanzania’s incredible wildlife and great scenery of the rugged terrain, offshore of lake victoria making it an adventurous and breathing experince for safari circuit and hiking. 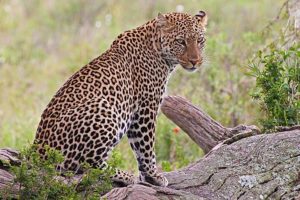 Mahale is one the reserved parks for Chimpanzee together with Gombe National Parks,It is situated directly on Lake Tanganyika and the only means of reaching there is by boat from Kigoma Town, with the misty and rugged Mahale Mountain range running down its centre. The Mahale Mountains National park is described as quite simply one of the most beautiful parks anywhere in Africa and  it is only place where chimpanzee and lions co-exist.

This is relatively small (52 sq. km) it is located 20 km North of Kigoma between at the Border of Lake Tanganyika and Congo DRC and it can be reachable by the boat only,This National parks is among of two parks reserved for Chimpanzee,the famous group of chimpanzee exist is Kasakela but also there are kinds of monkey like Olive Baboons,Red tail monkeys and Vervet monkeys.Also this park is the habitants of more than 200 species of birds.

Katavi, about 35km southwest of Mpanda, is Tanzania’s third-largest park and one of its most unspoiled wilderness areas. Katavi is a true wilderness, providing intrepid souls who make it there with a thrilling taste of Africa. Katavi National Park lies in Mpanda district in the west of Tanzania. With an area of 4471 km², it is Tanzania’s third largest park. Together with the neighbouring Rukwa, Lukwati and Luafi Game Reserves and numerous forest reserves, this ecosystem of 25 000 km² is the heart of one of the biggest and richest wildlife areas in Tanzania.